C.S. Lewis, the author of the chronicles of Narnia, also wrote many theological books exploring such things as the problem of pain and heaven & hell. That is not really important because today we venture into the realm of love, of which he wrote the book “The Four Loves”.

Love is one of those words I am equally annoyed and interested in. In the English language, we use the same word for so many things. You love your cat, you love ice cream, you love your family, you love his smile, you love her. But do we love our significant other in the same way or with the same intensity? Is love how you feel about someone or something, or the actions you take towards your next? Let’s break it down, starting with Lewis.

Lewis looked at the concept of love by four greek words used for it. Eros, philia, storge and agape. He uses the book to argue what these four words for love mean. It goes something like this:

Storge (storgē, Greek: στοργή) is liking someone through the fondness of familiarity, family members or people who relate in familiar ways that have otherwise found themselves bonded by chance. An example is the natural love and affection of a parent for their child. It is described as the most natural, emotive, and widely diffused of loves: natural in that it is present without coercion; emotive because it is the result of fondness due to familiarity; and most widely diffused because it pays the least attention to those characteristics deemed “valuable” or worthy of love and, as a result, is able to transcend most discriminating factors. Lewis describes it as a dependency-based love which risks extinction if the needs cease to be met.

Affection, for Lewis, included both Need-love and Gift-love. He considered it responsible for 9/10th of all solid and lasting human happiness.[8]

Ironically, however, affection’s strength is also what makes it vulnerable. Affection has the appearance of being “built-in” or “ready made”, says Lewis, and as a result people come to expect it irrespective of their behavior and its natural consequences.[9] Both in its Need and its Gift form, affection then is liable to ‘go bad’, and to be corrupted by such forces as jealousy, ambivalence and smothering.[10]

Philia (philía, Greek: φιλία) is the love between friends as close as siblings in strength and duration. The friendship is the strong bond existing between people who share common values, interests or activities.[11] Lewis immediately differentiates friendship love from the other loves. He describes friendship as, “the least biological, organic, instinctive, gregarious and necessary…the least natural of loves”.[12] Our species does not need friendship in order to reproduce, but to the classical and medieval worlds it is a higher-level love because it is freely chosen.

Lewis explains that true friendships, like the friendship between David and Jonathan in the Bible, are almost a lost art. He expresses a strong distaste for the way modern society ignores friendship. He notes that he cannot remember any poem that celebrated true friendship like that between David and Jonathan, Orestes and Pylades, Roland and Oliver, Amis and Amiles. Lewis goes on to say, “to the Ancients, Friendship seemed the happiest and most fully human of all loves; the crown of life and the school of virtue. The modern world, in comparison, ignores it”.

Growing out of companionship, friendship for Lewis was a deeply appreciative love, though one which he felt few people in modern society could value at its worth, because so few actually experienced true friendship.[13]

Nevertheless, Lewis was not blind to the dangers of friendships, such as its potential for cliquiness, anti-authoritarianism and pride.[14]

Eros (erōs, Greek: ἔρως) for Lewis was love in the sense of ‘being in love’ or ‘loving’ someone, as opposed to the raw sexuality of what he called Venus: the illustration Lewis uses was the distinction between ‘wanting a woman’ and wanting one particular woman—something that matched his (classical) view of man as a rational animal, a composite both of reasoning angel and instinctual alley-cat.[15]

Eros turns the need-pleasure of Venus into the most appreciative of all pleasures;[16] but nevertheless Lewis warned against the modern tendency for Eros to become a god to people who fully submit themselves to it, a justification for selfishness, even a phallic religion.[17]

After exploring sexual activity and its spiritual significance in both a pagan and a Christian sense, he notes how Eros (or being in love) is in itself an indifferent, neutral force: how “Eros in all his splendor…may urge to evil as well as good”.[18] While accepting that Eros can be an extremely profound experience, he does not overlook the dark way in which it could lead even to the point of suicide pacts or murder, as well as to furious refusals to part, “mercilessly chaining together two mutual tormentors, each raw all over with the poison of hate-in-love”.[19]

Charity (agápē, Greek: ἀγάπη) is the love that exists regardless of changing circumstances. Lewis recognizes this one as the greatest of the four loves, and sees it as a specifically Christian virtue to achieve. The chapter on the subject focuses on the need to subordinate the other three natural loves—as Lewis puts it, “The natural loves are not self-sufficient”[20]—to the love of God, who is full of charitable love, to prevent what he termed their ‘demonic’ self-aggrandizement.[21] Lewis did not actually use the word agape although later commentators did.[22][23][24]

Something I find fascinating about Lewis is how he explores these concepts of love, and which concepts correspond with which words. These four loves were also used in conjunction with what he calls Need-love, Gift-love, and Appreciative love. I am unsure of the scope of this understanding of the greek words and can find some sources that suggest a variety of uses among them. Philia and Agape especially. The use of the word eros and storge is pretty much non-existant in the biblical books, which is an important source for understanding the nature of love from Lewis’ standpoint. It would seem that Lewis wanted to look at and analyze words of love in a more extensive way, but still in the confines of the biblical worldview.

And while we are in the realm of biblical worldview; I would be a poor thinker and language geek if I did not also mention what the holy book tells us about love.

1 If I speak with the tongues of men and of angels, but do not have love, I have become a noisy gong or a clanging cymbal.
2 If I have the gift of prophecy, and know all mysteries and all knowledge; and if I have all faith, so as to remove mountains, but do not have love, I am nothing.
3 And if I give all my possessions to feed the poor, and if I surrender my body to be burned, but do not have love, it profits me nothing.
4 Love is patient, love is kind and is not jealous; love does not brag and is not arrogant,
5 does not act unbecomingly; it does not seek its own, is not provoked, does not take into account a wrong suffered,
6 does not rejoice in unrighteousness, but rejoices with the truth;
7 bears all things, believes all things, hopes all things, endures all things.
8 Love never fails; but if there are gifts of prophecy, they will be done away; if there are tongues, they will cease; if there is knowledge, it will be done away.
9 For we know in part and we prophesy in part;
10 but when the perfect comes, the partial will be done away.
11 When I was a child, I used to speak like a child, think like a child, reason like a child; when I became a man, I did away with childish things.
12 For now we see in a mirror dimly, but then face to face; now I know in part, but then I will know fully just as I also have been fully known.
13 But now faith, hope, love, abide these three; but the greatest of these is love.
(1 Corinthians 13 NASB)

One thing that comes to mind reading this is the implication that love in this sense is not a feeling towards someone, but actions. Look at each of the things it says about love. It is patient and kind. If you feel patient, but do not wait, you are not patient. If you feel kindhearted, but curse your brother, you are not kind. A good friend and mentor of mine said it well, which I think catches the biblical definition of love quite well: “Seeking the other person’s highest good.” And I think he catches it quite well.

Nowadays, the meaning of love seems to have been watered down to your emotional life. Responsibility and fidelity is a good thing, as long as the feelings are still there. Let me show you what I mean with the latest definition of love.

1 a profoundly tender, passionate affection for another person.

2 a feeling of warm personal attachment or deep affection, as for a parent, child, or friend.

4 a person toward whom love is felt; beloved person; sweetheart.

5 (used in direct address as a term of endearment, affection, or the like):
Would you like to see a movie, love?

8 (initial capital letter) a personification of sexual affection, as Eros or Cupid.

9 affectionate concern for the well-being of others:
the love of one’s neighbor.

10 strong predilection, enthusiasm, or liking for anything:
her love of books.

11 the object or thing so liked:
The theater was her great love.

13 Chiefly Tennis. a score of zero; nothing.

14 a word formerly used in communications to represent the letter L.

Other online dictionaries reveal similar results. Besides definition #9, there is little to suggest that the modern meaning of love deals with actions. And even that definition “affectionate concern for the well-being of others” speaks only about the affectionate concern, and not the actions coming out from it.

I recently watched the movie “Arrival” lately, and one theory comes to mind when writing about this subject. Sapir-Whorf hypothesis says that our language might influence our thoughts. As far as I have been able to understand, it doesn’t have much traction within the linguistic academia today. I do however think there is some truth to it. Think of it this way. When a word corresponds to a specific concept, like love corresponding to an emotional response and relationship dynamic, your actions will naturally bend towards that. You won’t be just if the concept of justice is wrong. A boat won’t float if it has a hole in it.

For those relativists out there, think of it as researching the most effective way of doing something, assigning a word to that action, and then have someone 50 years from now use your assigned word for a different way of doing that same something. You now have a word with certain associations and historical validity being used for a different association and measurably less valid outcome.

In this sense, I think the Sapir-Whorf hypothesis has some truth to it, and I’d say that the concept of love we associate with the word love affects our actions to a great extent.

What do you think? And what do you choose to think? 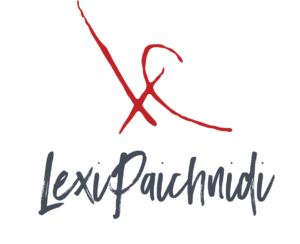